Today there are many varied styles of salsa dancing. Where you are can dictate a particular style. Also because of geographical locations and cultural differences. Yourself and your partner, may decide your style.

In many styles of Salsa dancing, when a dancer changes weight on a step the upper body remains level, nearly unaffected by the weight changes. Caught in the middle are the hips which end up moving quite a bit.

The Cuban Casino style of Salsa actually has significant amounts of movement above the waist, with the up and down shoulder movements and shifting of the ribcage.

The dance movements originate from the Cuban Son dancing of the 1940s. Specifically through the beat of Son Montuno, it has strong leads from the dance of Mambo, Danzon and Guaguanco also with other Afro Cuban folkloric dancing.

Communicate With The Arms

In this dance, the arms are used by the lead dancer, to communicate or signal to the follower, either for an open or closed move.

The open move position requires the two dancers to hold one or both hands.

With certain moves, those that especially involve turns, putting arms behind the back, or moving around each other, to name a few examples.

In the original Latin America form, the forward and backward motion of Salsa is done in diagonal or sideways moves with the 3 step weight change.

In a Slot or To Circle Round

Incorporating other Salsa moves in the dance styling techniques, the dancing has become very universal, for both men and women.

Body isolations, shimmies, leg moves, arm work, body movements, shoulder shimmies, with spins, rolls, and hand styling, even acrobatics and lifts, have been used to great effect, in the variations of salsa dancing. 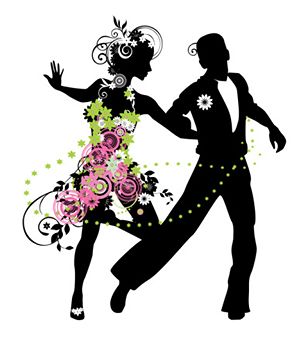