Lindy Hop then emerged as a partner dance with acrobatic elements, this was modified in late 1939 to be known as Boogie Woogie which suited the faster music, being played then.

Blues singers BB King, and Howlin` Wolf, created music that was incorporated in young white artists songs like Elvis Presley. The fear was a cultural revolution, by many white adults because of its black origins and overt sexuality.

Presleys performances departed radically from the conventional image of his era where he swung his hips wildly while singing on shows.

It would seem then, that Rock and Roll started in 1954. when a new type of music, and the movements of the dance that was more acrobatic, appeared, with its jumps, throws, lifts and flips, also the kicks into thin air.

This revolutionized young people, and pretty much changed the world, of music and dance.

It was also a time when the 45 single records were then being sold, relatively cheaply, and juke boxes were being used, more and more to maximise the opportunities for small dance venues.

Rock n Roll dancing has been described as having no undue tension, where the body and legs are flexible.

This enables the physical rhythm to coordinate with the beats of the music. It also gives scope for personal expression to interpret your style and movement, in the manner to which the figures are constructed.

No special clothes are needed, but wide hemmed skirts that looked good for spinning and general dancing, also shoes that have a slip and grip characteristic were favoured.

Modern day Rock n Roll tends to be a choreographed version, very unlike the original old style. Where the jumps, throws and lifts are then performed, by young supple dancers either in pairs or in a formation.

They use different techniques such as body wave, that the man uses to fling his partner, from a sitting position upwards.

Also the throwing basic movement, where she steps onto his hands and is catapulted upwards, in a neck breaking jump.

This new variation is very demanding, with the high speed acrobatics.

Rock and roll is a contact sport.
I enjoy playing the tunes that
really get the people going.
~Richie Sambora~

Its not Rock & Roll 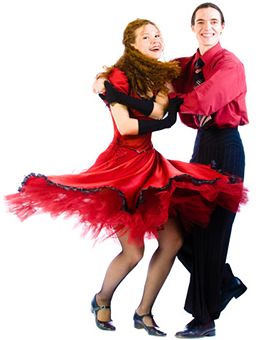