The Charleston appears to have really come into being in the Broadway musical Running Wild in 1923.

Although it is believed to have been danced by black communities as early as 1903, off the coast of, and around, South Carolina, hence the name.

The song was written for, and sung by Elizabeth Welch in the Running Wild comedy musical

Charleston became a popular dance craze, developed by Kathryn Wilson, in the 1920,s and was frequently danced by the flappers.

These young women often had short bobbed hair and shorter skirts than was expected at that time, so it was associated with immoral and provocative behaviour for the time.

They would dance alone or with a partner, as a way of mocking the citizens who supported the Prohibition amendment. It also then came over to Europe.

In 1925, performer Josephine Baker introduced the dance when she danced in the Parisian show La Revue Négre.

As the dance craze swept around the world,  influencing men to also learn the steps, people from all walks of life and from every social status, danced the Charleston.

The music for the Charlstone dancing is a ragtime jazz in quick 4/4 time, the dance is a lively forward and backwards movement, swinging your opposite arm as if you are walking.

Sometimes depending on the particular style, or your own definition of the moves, you twist your toes in or out with your steps.

Other variations are used, one is, you place your foot with a tap, as you step.

This dance leaves you with a great opportunity for improvisation and musicality.

The Charleston was one of the dances, used to develop first the Breakaway and then the Lindy Hop.

Other dances came about such as Jazz Roots, in the 1930,s and 1940,s with many other names, but often known as Lindy and Savoy.

The Lindy uses a side to side move, where the partners are connected by their hips and arms.

The tandem where their moves are connected by the same side arms, one behind the other and move as a tandem, but backwards and forwards.

More up to date Charleston dancing

Todays Charleston is more important in the Lindy Hop dance culture, with a variation on a swinging dance.

Dancing workshops were started by high profile dancers such as the Harlem Hot Shots. 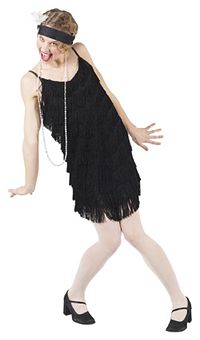